On to a new chapter

I have been bad about blogging this year.  I admit it.  It was a rough beginning to the year and quite frankly, writing about it made it too real-too final, so I have been avoiding the blog.  But avoidance doesn't change things, does it?

At the end of least year, Magic came off the agility course limping.  I gave him a few months off, visited his care team and he seemed recovered.  But I think in my heart I knew, the first trial we went to this year, before he ever ran I was in tears, pretty certain that this was his last trial. And yes in his second run of the day he came off the aframe with a cry of pain.  I was heartbroken to be honest.  I adore this dog, and I knew his agility career was at an end.

We had worked hard last year to qualify for the CPE Nationals, I had hoped to be able to finish his CATCH.  I had goals. I have always known that in the right hands this little dog would have been a superstar, but he was saddled with me as his partner and we muddled through.  We went back into recovery and therapy mode and he did improve.

I made the decision that we would go to CPE Nationals, but that this was our retirement. Magic would get to run, but no standard, and that I would make decisions on what games to play based on the courses where we could limit those down contacts.  We had a great time, he played 4 of the 6 games qualifying in all 4.  We did not run at all on Saturday as it was pouring rain, the fields were mud and I wasn't willing to risk injury. 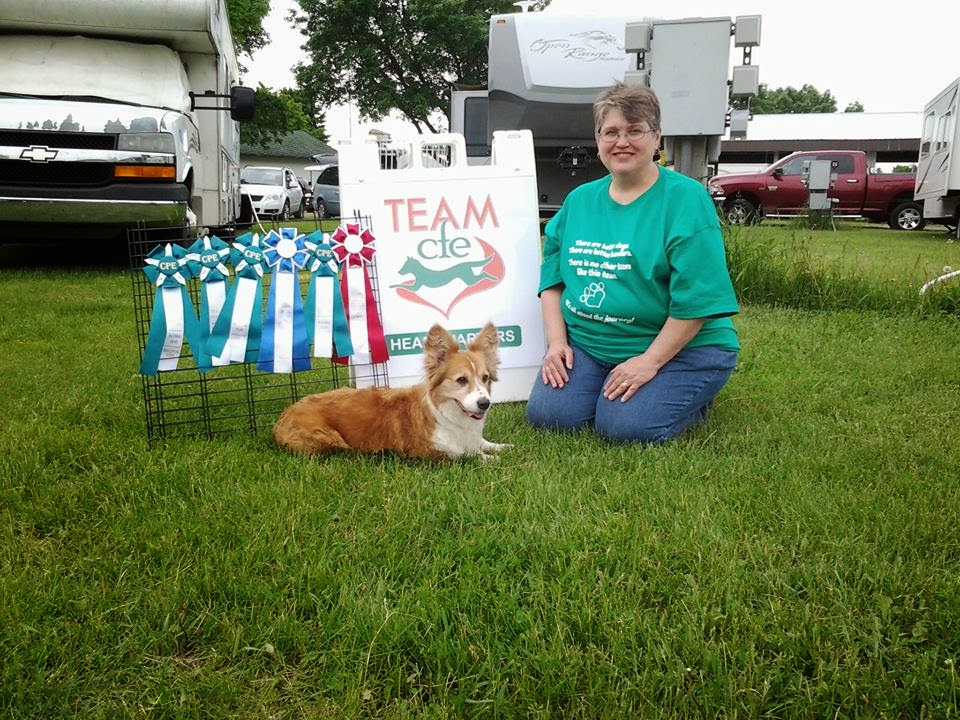 It was a good end to his agility career.  I was sad, and I miss taking my boy out bar hopping on the weekends, but it was the right decision.  Magic and I will still be out and about, we will just be trying new things together.  Heck just this last weekend he passed the ATTS temperament test.