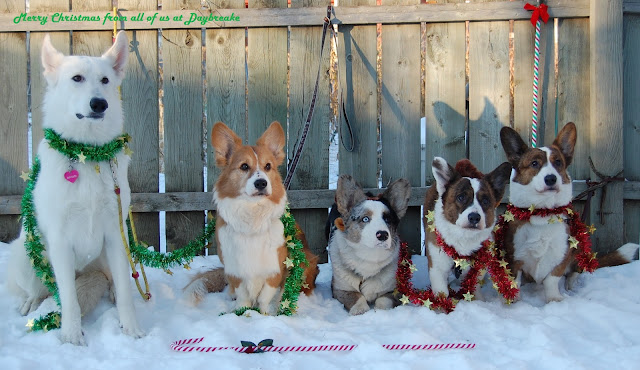 Showing a shepherd is HARD


Last weekend we went to our last UKC show for the year.   I had 3 dogs entered, Peace, Wash and Bentley. My plan was just to see how Bents did, how well we could work together, get a few lessons from others on showing a shepherd.  For the corgis, I was hoping Wash would beat Peace since we rarely have any cardigan competition.  Well, as usual my plans go awry, but not necessarily badly.

Wash only beat Peace in the last show, so he ended the weekend with one competition win one BOB and a group 4 (out of 4).  Peace ended with 3 BOB, 2 Group 4's and one group 3. Saturday in show 1 Bentley and I did pretty well, no win but a good experience.  In show 2 she had a bit of an issue, she would not let the judge touch her at all.  I debated bringing her back on Sunday, but she seemed OK otherwise, so we went back to try to get better.

Sunday show 1 was almost like a dream.  Bentley and I were in the champions class, which was the biggest class of shepherds. I was shocked when the judge, Richard Beauchamp, made his cut and we were selected. He then really made us work, he paired us up and had us go around, and around.  I think I almost fell over when he pulled us out and put us up front!  Wow, Bents and I earned her second champion class win. I was a bit surprised, I think there were a few tears too. I don't remember much of the Grand class, but next thing I knew it was time to go in for breed. To say I was surprised to win breed is a complete understatement. I know I was totally tickled. 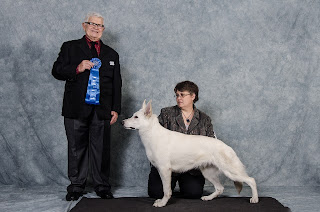 Then I had to make a decision, I had 2 dogs to go into group!  I asked Tracie if she would like to take Bentley, I thought they would have a bit more of a chance to show well. But no, she thought I should take Bentley and she would take Peace. It really was kind of funny Bentley kept looking at her, and Peace kept looking at me.  The end result, Peace group 3 with Tracie and Bents group 1.  Show 2 nothing for Bentley, but her father Atlas went on to win his last Best in Show as this was his retirement weekend.

I knew it was going to be different, I just didn't realize how different!  And although I tried hard, in most of the pictures I look foolish, off balance and terrified. And I was, but it was worth it and really rather fun.
Posted by Dawn at 4:41 PM No comments: